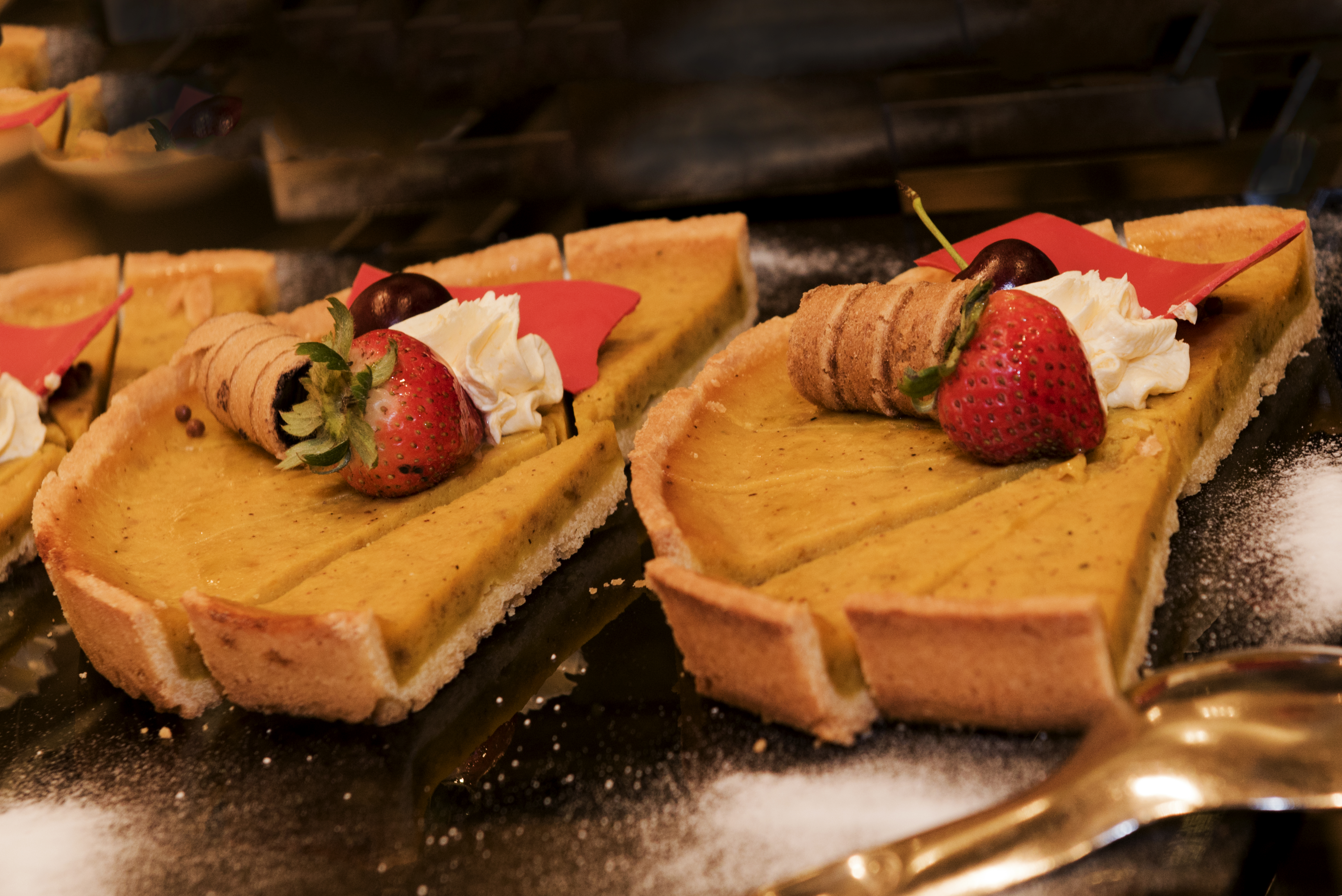 Giants Among Dinosaurs: What Was The Largest Dinosaur Of All Time?

One of the most interesting aspects of dinosaurs for kids is learning all about how diverse this group of reptiles actually was. For example, to date there have been more than 1,000 different species named and formally described. Many of these known species were quite small, the idea that all dinosaurs were huge is a misnomer, and museums that love to have a huge and spectacular dinosaur exhibit often give the wrong impression. As they evolved, dinosaurs filled virtually every niche in the food chain, just as land mammals do today. If land mammals can range in size from a shrew to an African elephant, then it is not surprising to learn that dinosaurs also varied in size.

But what about the really big dinosaurs? Kids love learning facts and figures about these prehistoric animals and one of their favorite questions is figuring out which was the biggest dinosaur of all time. Identifying the giants among the dinosaurs is a relatively easy task. There is one group in particular that grew much larger than any other known type of dinosaur; in fact, some of the members of this group were without doubt the largest, longest, and heaviest land animals to ever roam planet Earth.

A dinosaur known as Triceratops (Triceratops horridus) it was big. The largest species of Triceratops is estimated to have been around thirty feet long and could have weighed up to seven tons. If this species of dinosaur existed today, it would be classified as the largest land animal, with only the African elephant (Loxodonta africana) to rival him. However, Triceratops would have been dwarfed by most members of the Sauropoda, a group of long-necked, long-tailed, lizard-hipped dinosaurs whose representatives can claim to be the largest land animals known to science.

Presentation of the sauropods

Simply put, sauropods (the name means “lizard foot”) were saurischians, which belongs to the clade of lizard-hipped dinosaurs that also included the mainly carnivorous theropods. These herbivorous dinosaurs had small heads, long necks, and tails with huge bodies. Their weight was supported by four log-shaped legs and these animals were heavy, slow-moving creatures. Some of their kind developed dermal armor and one or two unusual genera even had tail sticks and beaks, similar to armored dinosaurs like Stegosaurs and Ankylosaurs. These dinosaurs appear in the fossil record in the Upper Triassic strata and survived until the end of the age of dinosaurs. Sauropods would have been familiar to people like Triceratops and Tyrannosaurids like Tyrannosaurus Rex. The Victorians were the first to marvel at the size of these dinosaurs. The first really large dinosaur fossil bones were on display during the reign of Queen Victoria and it is from this time that the debate over which was the largest dinosaur really began.

Definition of the largest dinosaurs

There are many problems trying to identify which was the largest of the sauropods. For starters, most of these colossal creatures are known from a few fragmentary skeletons and are far from complete. Although the size of a dinosaur can be different from a few bones such as the femur (thigh bone) through a process related to comparative anatomy, it is not precise. The other problem is that new species are being discovered all the time and this can cause size estimates to change. In fact, once a new dinosaur is named and described, the resulting press publicity can lead to some inaccurate size estimates being featured in the media. It seems that adults and children are also interested in breaking records. We remember having worked on some articles related to the fossilized trajectory of a large sauropod found in aged rocks from the Upper Jurassic in France. The tracks were made up of several meters of clearly defined and very large footprints, some over a meter in diameter. By the time news agencies took over the story and saw some of the photographs, it was speculated that the dinosaur walking on the soft mud that preserved its footprints was one of the largest of all time. This is not easy to confirm when you only have the footprints to continue. The soft mud would have easily been compacted by the weight of the animal and the tracks were slightly distorted as a result. The fossilization process would also have distorted the prints, and perhaps their size was overestimated in press images, as only the largest and clearest prints were photographed.

The greatest dinosaurs of all time: the contenders

Let’s start with the current record holder, the dinosaur officially described as the largest known to science, at least for the moment. This honor goes to the South American sauropod Argentinosaurus (Argentinosaurus huinculensis). This huge dinosaur was formally named and described in 1993. It is only known from a few fragmentary bones, including a femur and a few vertebrae (spinal column). The fossils were found in Argentina, hence the name. The tallest vertebrae are over 1.2 meters high. Compared to the more well-known sauropods, size estimates have been made for this dinosaur. These estimates vary considerably, with some scientists suggesting that this dinosaur may have been more than 150 feet long and weighed close to 70 tons. Other more conservative estimates have been made as to the size of this animal, with a length of just over a hundred feet agreed upon by some paleontologists. It is certainly true that this Cretaceous giant was a huge animal, but until no more fossils are found, the actual size of this dinosaur can only be estimated. Several museums have capitalized on the popularity of the largest dinosaurs and prepared mounted replicas of this particular giant. The largest of these museum exhibits is over thirty-five meters long, but here again, without further fossil evidence, this exhibit is largely speculative.

There are other fragmentary remains of really large South American sauropods (titanosaurs like Argentinosaurus), to consider. A femur (thigh bone) attributed to a dinosaur known as Antarctosaurus is more than 2.3 meters long, suggesting a dinosaur with a length of more than forty meters. Other South American giants, such as a contemporary of Argentinosaurus, known as Andesaurus (Andesaurus finoi) is known from a few very large tail bones. Again, size estimates place this particular dinosaur in the 40+ meter group.

The fragmentary remains of a truly huge titanáurid sauropod were discovered in southern India during the 1980s. At first, scientists thought the fossils were of a huge carnivorous dinosaur. However, in 1995 the fossils were reclassified as belonging to a sauropod, simply because no other animal was known to be that large. A tibia (lower leg bone), attributed to this dinosaur, was more than 1.25 times the size of the equivalent bone attributed to Argentinosaurus. Based on enlargement using this single bone as evidence, the Indian dinosaur known as Bruhathkayosaurus (Bruhathkayosaurus matleyi) would be the largest dinosaur known to science. However, the fragmentary nature of the fossils found to date keeps this particular specimen off the record books.

Diplodocus and the great sauropods of the United States

Some of the best-known long-necked dinosaurs lived in what would become the United States. Dinosaurs like Diplodocus and Apatosaurus (formerly known as Brontosaurus). However, these dinosaurs were not as big as their titanosaur cousin and were not competing for the largest, which is the heaviest dinosaur of all time. However, there is a mysterious fossil discovery from the United States that could rival South American dinosaurs in size. In 1878, American paleontologist Edward Cope described a one-and-a-half meter portion of a strata vertebra from the Upper Jurassic of Colorado. The entire bone would have been something like eight feet in length, making it the largest spinal fossil ever found. Cope named this dinosaur Amphicoelias fragillimus and some scientists have estimated that this dinosaur may have reached lengths in excess of fifty-five meters, be thirty feet high at the hips, and weigh close to one hundred and fifty tons. Unfortunately, the bone is no longer to be studied, the lack of knowledge about the preservation of fossil bones caused this fossil to crumble into dust, it is only known from drawings made at that time. Still, if size estimates are to be believed, this western US dinosaur could claim to be the largest of all time.

As for the longest dinosaur, then this is the kingdom of the diplodocids, but discussing these animals will have to wait for another time.