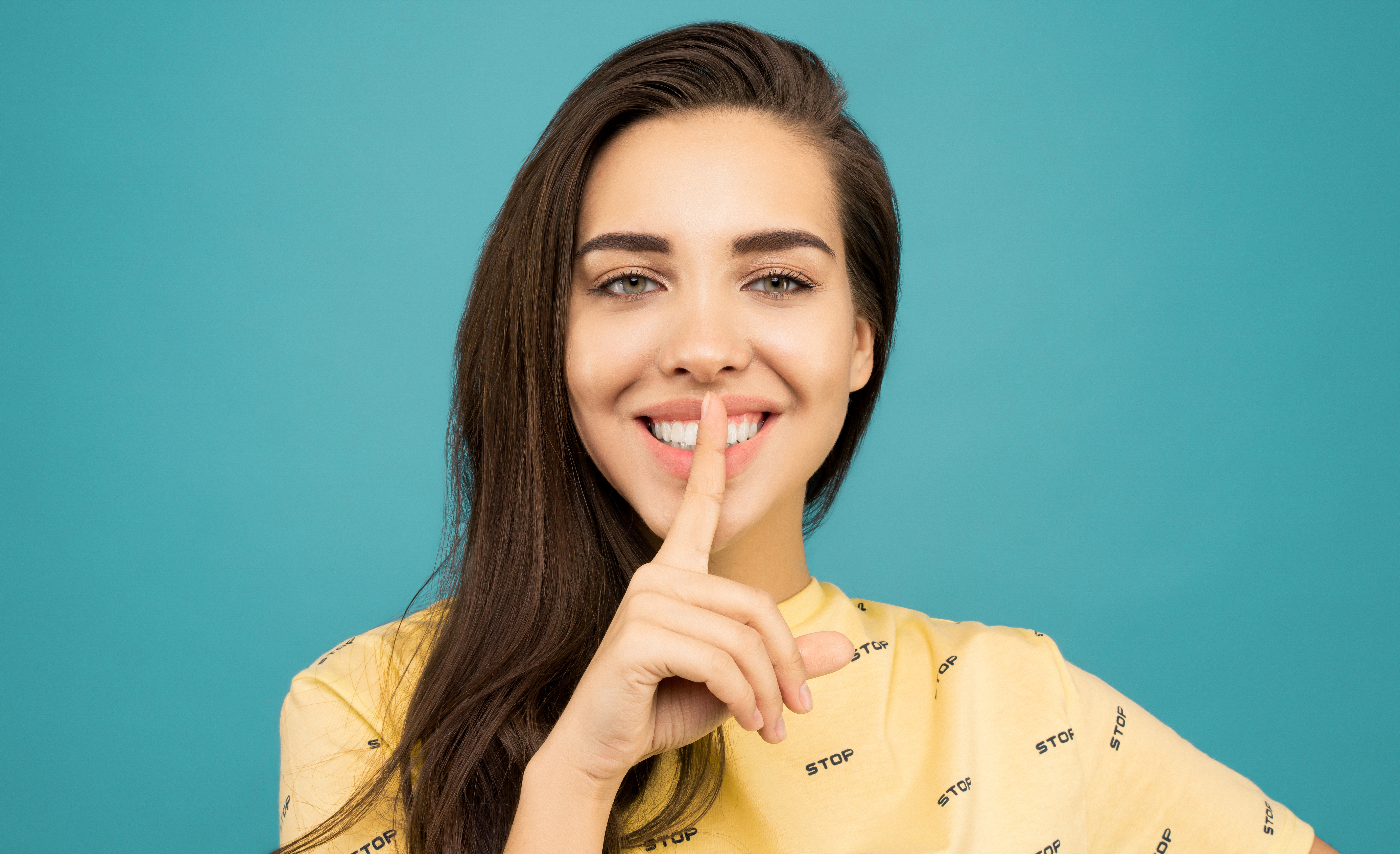 This article is a summary of the research that emerged after I participated in an online discussion about partner dancing being sexist. The obvious question that arose was that of men leading and women following. The central idea of ​​the argument was that the roles are assigned to one based on sex. The smallest push was that leadership implied some control (hence superiority) over the follower, which when combined with assigning these roles to one’s gender made this topic all the more poignant. Certainly, it was difficult to argue that one’s sex does not play a role in a social dance. This could only be described as sexist depending on your definition of the word ‘sexism’. This is also questioned by some and adds to the complexity of the situation.

Note: This article includes adult content on sexuality and gender roles in dance. It may not be for you.

What do most of the people think?

To get an idea of ​​how people feel about partner dancing, I decided to first conduct a survey to get a broader perspective on what people were thinking. This would provide more information to add to what people had to say in the forum that started this research. I should note that the survey was conducted on a Facebook fan page, and most of the people who liked that page would probably already be comfortable with the nature of traditional dance as a couple. So the sample is biased and it would be necessary to give more weight to people who weren’t happy with the status quo (no matter how hard you try, there is always a bit of subjectivity when looking at those things). Four options were presented to describe the nature of sexism in dance to fans of the page:

It was also possible for fans to add other options if they were not satisfied with the options given and could also leave comments to further express their position.

The poll is still active, but as of this writing, some 40 fans (about 1.3% of the community) had participated. The overwhelming response was that dance was not sexist because different roles do not mean inequality. I explicitly added the phrase about different roles and inequality to make sure people reflected on this before responding. And this could be just where the problem lies. Some people would argue that once you assign a difference in roles based on sex, you have sexism. If this is strictly enforced, then dance is really sexist. However, many people seem to feel that in the case of dance this is not a problem. Why could that be?

Why do we accept gender roles?

To understand why people can feel comfortable with a different role and not feel that this is sexist, I went to do research on human biology. We are obviously different, male and female, that is, but is this limited to just reproductive roles? Can you transfer to social roles? Charles Darwin argued that the reason for having two sexes was the division of labor. By having specialists within a species (as opposed to generalists) there are fewer compromises in the design of the organism in question (in this case, the human). So it would seem reasonable that most people were comfortable with a role difference, some people made the link to teamwork and the importance of each role. However, why would these roles be that people would be happy with?

To answer that question I considered the sexuality of dance. I have come across this quote several times and I am sure that you have probably encountered it too: “Dance is the perpendicular expression of a certain horizontal desire.” Given how ubiquitous this quote is, how it seems to resonate with many in dance, and given that, as Freud pointed out, “ the behavior of a human being in sexual matters is often a prototype of the ensemble of his other modes of reaction in the dance. lifetime ”. ‘an understanding of sex differences could shed some light on this. Recent research on female sexuality published in New Scientist in 2005 showed that when women orgasm, much of their brain shuts down and induces a different state of consciousness. However, this only happened if it was with a partner. If women achieved orgasm themselves, the brain would respond differently. Therefore, women may experience a different state of consciousness, apparently unknown to men, when they are controlled by someone else in some way (typically physical). If the link between dance and sex is as strong as the quote mentioned above suggests, then this could explain why women sometimes enjoy the following roles. It allows you to get a little closer to this unique state of consciousness. In fact, some women who responded to the survey made comments with a similar effect. One woman said: ‘I was comforted that after a day of being an executive in my position as vice president at a major financial institution, I could lower my guard and feel that my partner was happily willing to take the lead.’ Note the use of the word “comforting” that suggests a different state of being. Another woman said: ‘I want to be able to’ just carry on ‘and not be expected to lead on the ground. I love to get carried away by a good advantage. Sometimes, as women in charge all day, in all aspects of our lives, we thrive for that moment to be (dare I say it …) submissive to someone else’s leadership. ‘ This comment also speaks of a different state of being that comes from being directed and “pulled.”

So that could shed some light on why women are happy with their role. But what about men? It has been argued that men should not always be expected to lead. This is so? If we were to look at research on female sexuality from the top and assume that most women have sex with men, then one might expect the flip side to be that men are expected (at least when it comes to sex, and as far as it goes. both probably dance too) to take the lead and show a woman a good time.

However, there is more to this notion that men must take responsibility. Bystander research has shown that men (especially young men) are less likely to get help when they need help than women. Thus, the majority of society (men and women) expect men to take care of themselves. I have personally experienced this when I suffered a concussion after trying to protect a friend from an attack and trying to find the emergency room once I got to the hospital parking lot; Instead of getting help from a woman, I asked her for directions and she called security.

Men will probably also enjoy the opportunity to physically care for a woman. It occurs very rarely in our time. A society for women has been created. The goal of society is to make life safer, more comfortable, and less physically demanding. These are often things that women want. Think about which genre you are most likely to want to escape modern life and go camping or boating on the river or something similar against your intuition. Men have probably evolved to protect women, there is little other explanation for the waste of energy that goes into their size. In some respects, it would make sense for men to be smaller – women only need to be big enough to carry a baby that is big enough to survive once they are born. Men could be a quarter the size of women and still fulfill their reproductive function. Therefore, the male mass must play an established biological role, one that is rarely needed these days: to protect. Some natural instincts would be expected to agree with this even in the face of an environment that no longer demands it (read Rise and Fall of the Third Chimpanzee by Jared Diamond for information on how our biology affects us in everyday life), so that men have a natural urge that is rarely satisfied. The dance would give men the opportunity to do this, and it explains why men would normally also be happier taking the initiative, despite the perception (by some) of greater responsibility and effort required.

The above would explain why most people are happy with dance as it is. Many of us accept that there are differences between the sexes, especially when it comes to the sex, to which dance is related, and we are happy that they are expressed in dance. However, some people are still uncomfortable with this. Is this simply a case of adhering to the strict definition of sexism mentioned above? Is there something more for some people?

What happens when there is only one gender?

Same-sex partner dancing can shed light on this. Interviews in the documentary Ballroom Rules with Melbourne-based dance instructor Anny Salerni, who specializes in same-sex couple dances, and her students reveal some insights into how leadership and follow-up roles can be perceived. Because they are same-sex couples, the role of leader and follow-up must be resolved in a way that is not based on sex. Instead, you need to find a natural trend. When she was interviewed, Anny noticed that many people walk into her studio and think they know what they are (lead or follow), but then discover that it is the opposite. Some come in and find that they are never comfortable with just one role and need to change from time to time. Thus, there are potentially people in the world of social dance who do not like to be protagonists (if they are men) or follow (if they are women) and they think they should be the other, but they never find out that they are. in fact, in the role that suits them because they do not have the opportunity to experience the alternative. A student of the documentary (a woman who was the protagonist) noted that the more she danced, the more she realized that it was possible to be masculine and elegant, indicating that she had an idea about leadership and masculinity in her mind that was not completely correct. This could mean that some people might be overly presumptuous about the nature of each role, and more exposure to dance would help. However, others may simply find that their natural tendency does not align with the gender role in traditional couple dancing. It is easy to see how an individual in any of these situations would find partner dancing sexist.

So, is dancing as a couple sexist or not?

Because it assigns roles to each sex that most people seem comfortable with, partner dancing is not sexist. However, due to its nature and the way it is performed (very traditionally), the dance could be more inclusive, and some people rightly feel that it is sexist with them. Therefore, like most things in this world, there is an opportunity to improve your dancing. This can be done by allowing dancers to explore whether leading or following works best for them and why, which would likely be of value to all students and would likely make dancing better for everyone. I don’t know how this should be done in practice. I am neither a dance teacher nor a dance studio director. Just something for those people to ponder and for you, as a dancer, to think about if you’re not happy with the status quo.