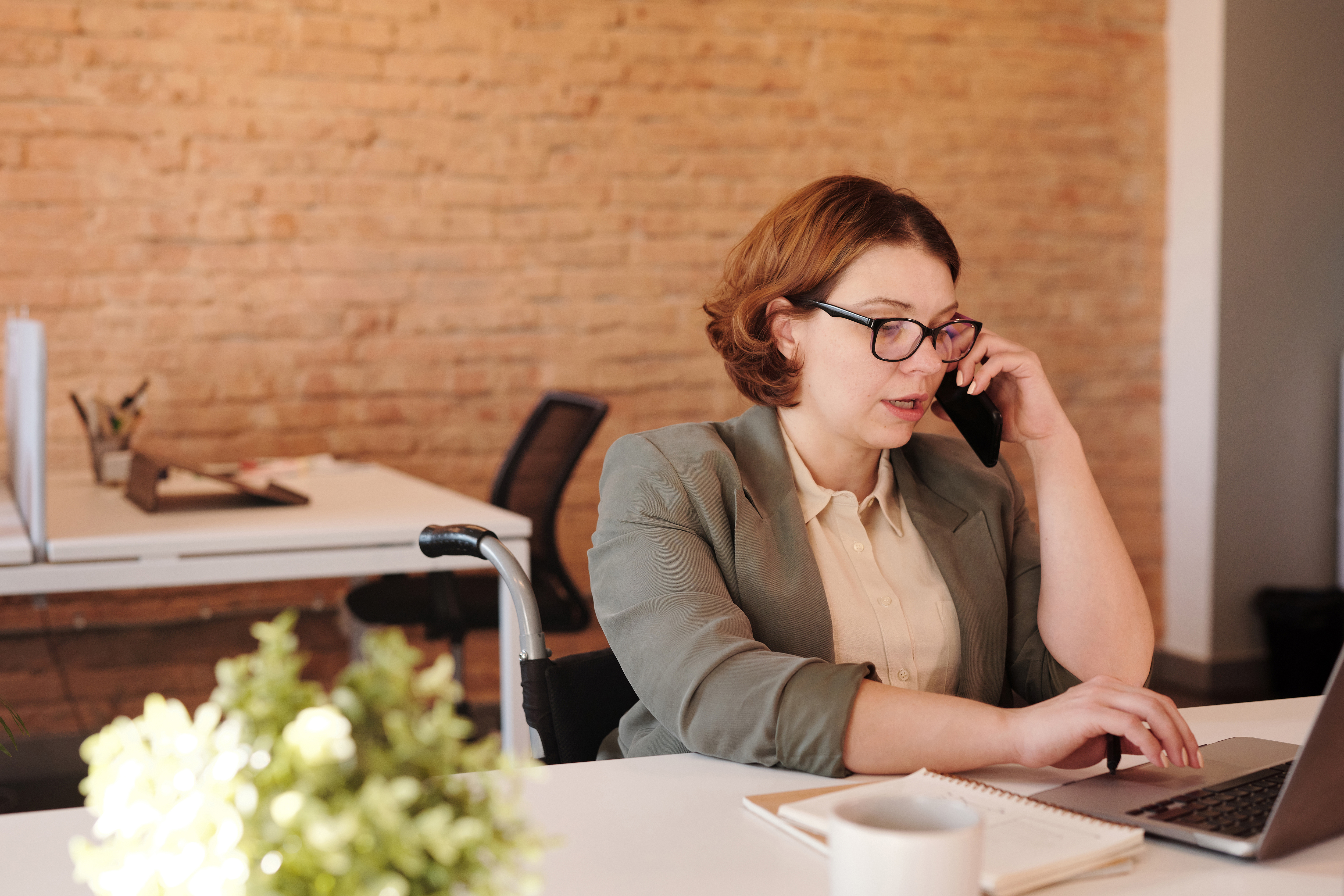 On January 7, 2011 I decided to commit suicide. It was a cool and sunny Friday afternoon and I was walking on an overpass with a busy highway below. There was a concrete barrier next to me and a chain link fence above it.

I thought to myself, “I can easily scale the fence and jump to my death on the highway below.” That thought would normally have struck me, but after the past few months it didn’t seem like a bad plan.

I had just gotten off the phone with my ex-girlfriend of seven years. She informed me that she was with someone new. She had ended our relationship just a few months earlier and moved out of state. Hers two grown children of hers still lived in my house and I kept in touch with her hoping we would get back together.

So it was official. My ex girlfriend had found someone new. She was out of my life, and without her I didn’t know if life was worth living.

I had no friends I could contact or call as my best friend had died a few months earlier and my life revolved around my ex-girlfriend. Out of decency or fear or both, he called my ex-wife (and the police) because she knew I was in trouble and needed to talk to someone fast, even though she had no idea where I was.

Luckily when I was at the overpass, my ex-wife called me and I answered. Through hot tears and a cracked voice, I cried into the phone and yelled at her how she wanted the pain in my heart to stop. I really was a wretched soul, totally and emotionally destroyed by the pain of it all.

The breakup with my ex-wife was many years before, through the years we forgave each other and became friends, so strangely enough, my ex-wife was the best person to understand my pain.

The relationship with my ex-girlfriend was more complicated. You see, I found out, some time before all of this, that my girlfriend had been having a sexual relationship with another man that she had known for a year before she dated me. Her relationship with this man lasted for almost the seven years we were together, and her two adult children who lived in my house knew everything, but they kept her mother’s secret.

So the whole relationship was filled with betrayal and deceit. Even after learning all this, I forgave her and hoped that one day we could get back together. You may think she’s crazy, but that’s how I felt at the time.

I found out that the man she had the affair with was out of her life and I was hoping that if I put my whole heart and soul into the relationship, she would fully commit to me. We would live happily ever after. All the time. I was really into fantasy thinking.

The night before, when I was on the flyover, he sent me an email making it brutally clear that he never intended to come back to me. He lacked the decency to tell me over the phone or to my face. To make it even more confusing for me, she asked me to help her with closing costs on a house she was buying as if I were her partner. I lent him the money with high hopes for the future. She loved her and wanted to do everything possible to make her happy.

What she forgot to tell me was that she was involved in another relationship with a new man and that the house was for them to live in. That was the news she had received just before going up the overpass.

I felt like I was being manipulated like a puppet. He loved her and her two children of hers, but they did not respect me. They all said they loved me, but really they were just using me. I was devastated when I realized this.

The good news is that I obviously didn’t jump, otherwise I wouldn’t be writing this article, but it came very close. I think if I had been under the influence of alcohol, or some other mood-altering substance at the time, I would have jumped.

My ex-wife successfully talked me out of jumping for the sake of our daughter. She made me realize the pain I would cause my daughter by killing myself, not to mention that she would make a terrible role model by giving her a horrible role model. She was (and is) in recovery from drug addiction and she has also dealt with depression issues. I felt bad at the thought of her mirroring my actions.

As distorted as my thinking was, my ex-wife’s reasoning somehow got through to me and I knew that I didn’t want to kill myself for our daughter’s sake, but for my own sake. Her phone call saved my life. In a weird way, I’m grateful that my ex-girlfriend called my ex-wife, too, because she would never have gotten that call; otherwise, and she wouldn’t be here writing this right now.

Looking back in time, before this scene on the overpass, I could see that a storm had been brewing inside of me. I had been plagued for months with suicidal thoughts that began to accompany my lifelong battle with depression.

I was prescribed medication for depression. I was also seeing a therapist. If it hadn’t been, I’m sure even my ex-wife wouldn’t have been able to talk me out of jumping to my death. But, thank God I had that help, because now I see that this terrible situation was absolutely unworthy of me sacrificing my life senselessly. The betrayal of my girlfriend and the concealment of her children were not worth it; and my daughter’s life now mattered more to me than my own life.

It’s strange how screwed up my thinking was. Here, I was in a crisis ready to throw away my own life, but I guess I still cared about something bigger than myself, my daughter.

My own biological father had abandoned me along with my mother and younger brother. My suicide would have been the ultimate abandonment of my daughter, something I swore I would never do when she had a child. I would not carry on the family tradition and abandon my own flesh and blood.

Once I hung up with my ex-wife, I didn’t feel like jumping anymore. But, I still had a death wish, and found myself alone and emotionally destroyed. It hurt and I wanted it to stop. You know the expression that she “she felt like I’d been stabbed in the heart”? That’s how I felt.

So how did I deal with this pain?

Well, a few months prior to this incident, I had attended a seminar where I was introduced to energy therapy to help release negative thought patterns. It’s called the Emotional Freedom Technique, also known as EFT or tapping.

Gary Craig invented EFT in the early 1990’s. He was a student of Dr. Roger Callahan, the father of TFT, or Thought Field Therapy which he discovered in the late 1980’s.

Carol Look, a well-known EFT practitioner and expert, describes EFT as a form of psychological acupressure. The way EFT works is first, you find your target: the issue of the problem you are having (for me it was suicide) and you imagine a scale of zero to ten, zero being the least degree of pain or emotional discomfort that you are. feeling about the problem, ten being the highest degree. You identify where you are on that scale of pain or suffering, then you start the process.

The process involves a series of finger taps on certain locations known as meridian points on your body. As you tap, you say out loud what is known as the opening statement, followed by a tapping progression called the negative reminder phrase, ending with a round of tapping using the positive statement or phrase.

At first this whole tapping thing really sounded ridiculous to me, but I did it anyway and saw how it helped. It was the solution to my problem. I kept doing it and even though I didn’t feel like living, not even doing the tapping rounds, it helped me get over the suicidal feelings. I thought about trying to fake it until you make him come closer, and it worked!

Little by little, something inside me began to change. I started to feel better. My suicidal thoughts became less and less frequent. It took a while, but this tapping thing really worked.

I have struggled with depression my entire life and although I have not been completely free of it, my suicidal thoughts are gone! In fact, I can imagine a future for myself. Every day that I live I give thanks for what I have, and I can see what a terrible mistake it would have been for me to end my life.

Not every day is perfect. I still take medication for depression and see a therapist, although less frequently, now I can deal better with my depression thanks to EFT. Now I can enjoy life and look to the future.

I do not advocate replacing professional help with EFT. But EFT is yet another tool I have to use in my defense arsenal against feelings of discouragement, depression and hopelessness.

The reason why I am writing this article is to help anyone who is in a similar situation. I want everyone to know that no matter how bad things seem, even to the point where you hurt so much that you are thinking about hurting yourself (or killing yourself), there is hope.

Suicide is not a solution. It’s the worst thing you could do, not just for yourself, but for anyone you leave behind who will have to live with your suicide for the rest of their lives.

Do you really want that? Of course you don’t.

I believe that EFT helped me and that it may possibly help you. If you’re feeling depressed and/or suicidal, give it a try. There is a lot of free literature on the subject of EFT (a free guide can be downloaded from my website). You can also go to YouTube; type “EFT” in the search box and several videos will appear showing you how to do it.

You are important and worth living even if you don’t believe it or don’t feel it. Try EFT. It’s free, and it’s easy to do. You are positively worth it! The phrase fake it until you make it has never been truer than for me using EFT. And i did it! You also can!